10 rare species of shark that you've probably never heard of

Of the nearly 400 known shark species most of them are... completely unknown. And not just for the majority of the population, even for some marine biologists.

We picture sharks as huge predators living near the surface, but the reality is that hundreds of sharks species are small in size and live in deep waters up to 3,700 meters. We know little of them. In this post we will show you 10 rare species of sharks you've never heard of.

The Bahamas sawshark belongs to the family of sawsharks (Pristiophoridae) characterized by having a flattened snout full of sharp spikes that they use to dig up and kill their prey. The Bahamas sawshark, that lives in Bahamas and Cuba, can reach up to 140 centimeters in length and also has two long beards that help them detect their prey. This shark lives in deep water up to 310 meters depth, where there is no light.

The frilled shark, one of the two living sharks species of the Chlamydoselachidae family, usually lives around 1,500 meters deep but in Japan can be found (if you are lucky enough, of course) between 50 and 200 meters. After footage of this shark was recorded six years ago, the frilled shark is called prehistoric shark or living fossil because of its image of an animal more likely to be found in a natural history museum. 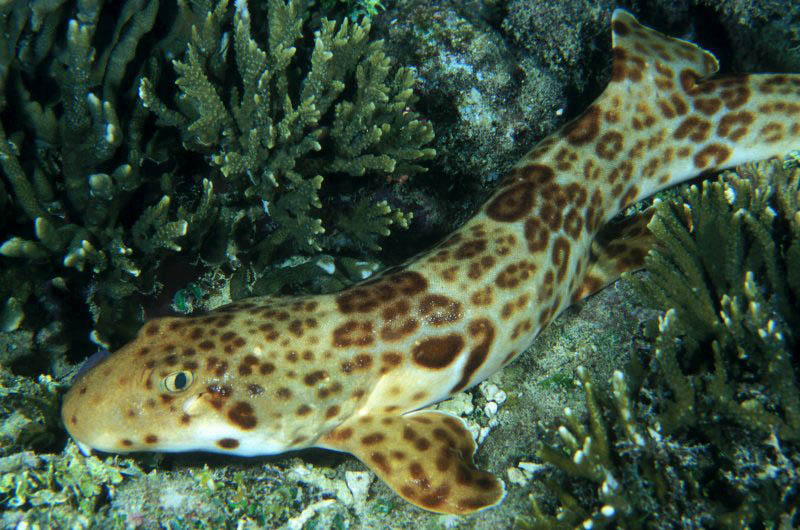 The Indonesian speckled carpetshark is one of those few species of shark that "walks" on seabed pushing with their pectoral fins. This shark, from the bamboo shark family, measures up to 46 centimeters and can sometimes be seen in the waters of Raja Ampat (Indonesia). During daytime it hides from predators in crevices and cracks in coral reefs and is at night when leaves them to feed on crustaceans. 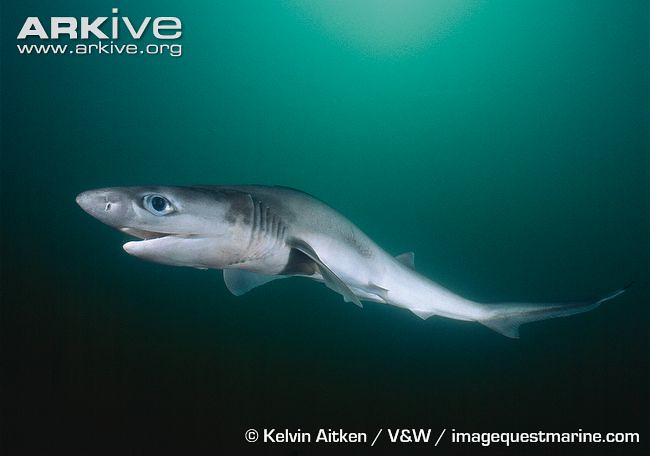 The sharpnose sevengill shark gets its name for having that number of gill slits. It inhabits almost all of the seas and oceans of the planet but it is actually a very rare fish, difficult to spot. It usually inhabits depths between 300 and 600 meters, but can swim in a wide range of depths, from the surface and up to 1000 meters. The sharpnose sevengill shark, one of those 90 species of shark that can be found in the Mediterranean Sea, is a voracious and agile fish that feeds on pelagic fish, squid and crustaceans, and can reach a maximum size of 140 cm. 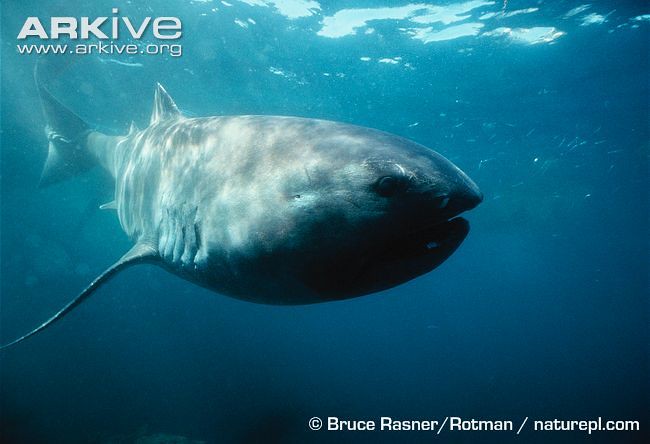 The megamouth shark is another of those species that is hard to believe they are real. Since its discovery in 1976, few times has this shark been seen and it has only been recorded alive 3 times. Like other large shark species, such as the whale shark and the basking shark, this huge shark feeds by filtering plankton in his 1,3 meters long mouth. The megamouth shark lives usually at great depths but can also visit shallower waters. 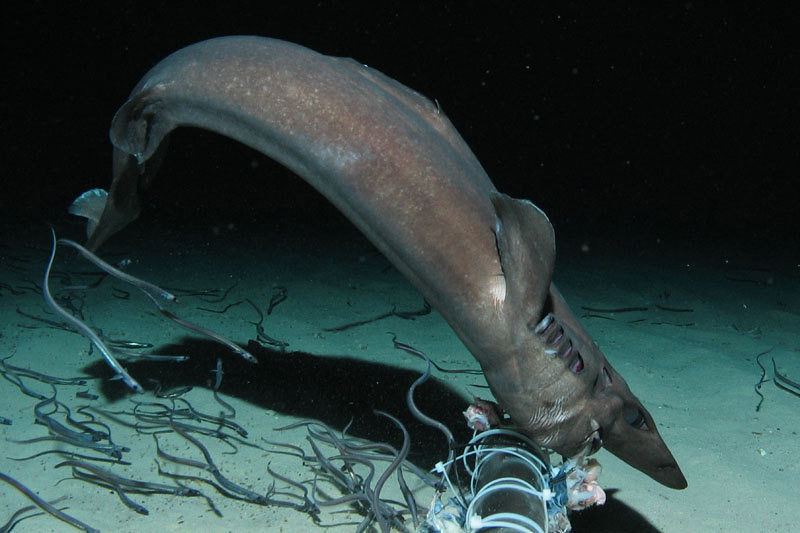 The birdbeak dogfish, named after its long snout that resembles the beak of a bird, belongs to the genus Deania, characterized by its long nose. The bird beakdogfish is another of those species of shark that can be found in the depths of the Mediterranean Sea. It is able to live more than 1,450 meters below the surface but it usually covers a range between 400 and 900 meters. The nose of this amazing shark reminds of the goblin shark, another amazing shark species that we talked about on a previuos blog post. 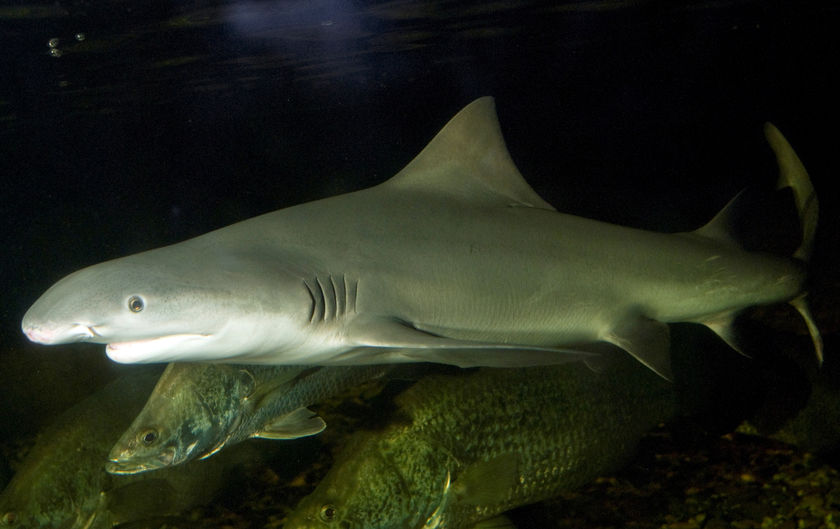 The speartooth shark is a requiem shark, one of six species of shark that can also inhabit freshwater. This is a very rare and little known shark that usually enters into large tropical rivers of northern Australia and New Guinea. With a short snout and large teeth it can measure up to 3 meters long and has adapted to hunt for big fish in dark murky water. 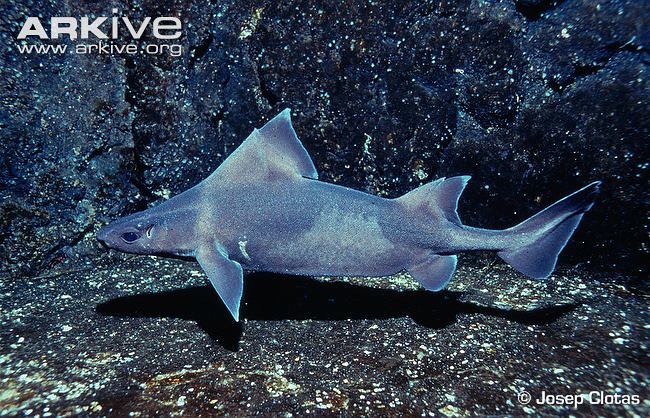 The angular roughshark is one of the five sharks of the Oxynotus gender. The sharks of this gender have a compressed body that gives them a triangular appearance with its two large dorsal fins. This shark, wich also lives in the Mediterranean Sea, is a solitary fish that usually doesn´t exceed a meter in length and inhabits depths of up to 400 meters.

The smalltooth sand tiger is a big shark related to the bull shark as they both belong to the Odontaspididae family. The smalltooth sand tiger can grow up to three meters long and has a large snout. This shark inhabits sandy bottoms up to 420 meters deep in a wide distribution throughout the world, including the Atlantic Ocean, the Azores Islands and the Canary Islands where a few years ago it was commonly seen in El Hierro. It can also be found in the Yucatan Peninsula, Brazil, Indian and Pacific oceans.

The pyjama shark or striped catshark is a small shark of up to one meter in length that inhabits the coasts of South Africa. Belonging to the Scyliorhinidae (or catfish family), it spends the day hiding in cracks in the shallow reefs waiting for their prey. When felt threatened, mainly by other shark species, they roll up hiding their heads, hoping to pass unnoticed.

Some other shark articles we recommend you