Blue sharks and mobulas: the stars of diving in Azores

The Azores are nine volcanic islands belonging to Portugal that are lost in the middle of the Atlantic Ocean. While shore dives are very interesting and reminiscent of the Canary Islands, with beautiful rock formations, caves or walls, and the wildlife is quite similar with groupers, wrasses, sting rays or large schools of barracudas, the Azores Islands have two distinguished visitors that attract thousands of divers every year and make diving there a unique experience.

The Azores seamounts, arising from depths of hundreds and even thousands of meters, attract some fine pelagic animals that seem to enjoy dancing with divers. While in the Azores you can find whale sharks, sperm whales or dolphins, blue sharks and mobulas tarapacana are almost always present in four essential dives that can't be missed if you decide to venture into this jewel of the Atlantic. Ambrosio, just 3 miles off the coast of Santa Maria Island, receives visits of docens of mobulas and even whale sharks during the summer months. The only thing a diver has to do is just hang in the blue and watch how over, under and around you tens of mobulas dance while feeding. It is one of those shows that take place only in a few parts of the world. 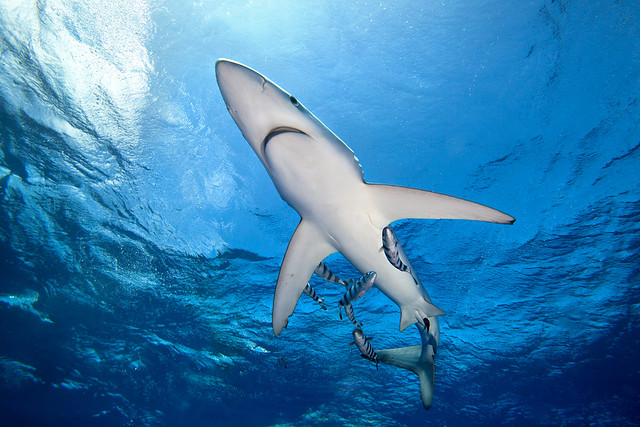 Princess Alice, which is named after the ship that discovered that seamount in an expedition in 1896, arises from depths of over 500 meters. Considered one of the most spectacular and exciting diving spots in the Atlantic Ocean, in Princess Alice you may find yourself surrounded by mobulas and blue sharks, and, eventually, you may also dive with Galapagos sharks, oceanic manta rays and even black marlins. The category of protected seamount makes Condor Bank a special area for shark diving. Through "chumming" (use of blood and guts to "call" shark but not feeding them) two of the most elegant sharks in the ocean, blue sharks and shortfin mako sharks, arrive to Condor Bank with whom you can have up to one hour dives at very shallow depths. 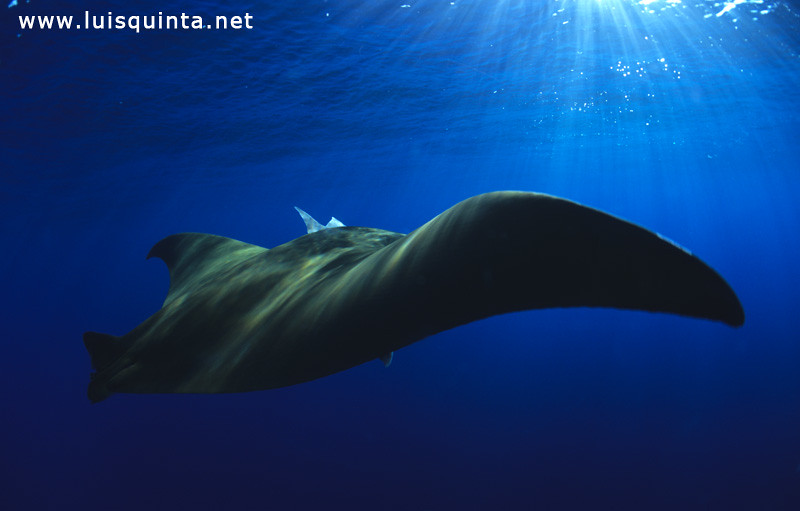 The small islands of Formigas are very close to a seamount that, thanks to the strong currents that receives, attracts large schools of pelagic fish like tuna,carangidae, barracuda and sometimes even hammerhead sharks. This seamount, called Dollabarat, also receives large groups of mobulas and oceanic manta rays in search of food in clear waters that can exceed 50 meters visibility.